In the world of parenthood blogging (and it is, in fact, a world — a comforting, sloppy, emotionally chaotic world) most posts are skewed toward mamas. Moms have been, after all, the primary caretakers for eons. But the parenting landscape is rapidly changing. I know just as many stay-at-home dads and baby-wearing dads and attachment-parenting dads as I do the more traditional 9-to-5 dads or baseball-coaching dads. In many cases, those baby wearers are one in the same with the office workers.

Thus, I am very excited to feature a guest post from a wonderful writer and brand-spankin'-new dad. Isaac James Baker is the proud new father of a beautiful baby girl. He’s the author of Broken Bones, a novel, and he blogs about “Reading, Writing & Wine.” His essay about doulas and the beauty and chaos of the birthing process (told from his new papa perspective) is funny, tender, and spot on.

So, your partner is expecting a baby. That’s amazing. You’re surely getting unsolicited advice from all angles. Well, here’s another piece for the pile: Hire a damn doula.

When my pregnant wife first proposed hiring a doula, I issued my standard response when asked about paying someone to perform a service: Nope, I can do that shit on my own. Oh, how ignorant I was.

The more I researched what doulas do, and the more my attorney wife presented me with rock-solid arguments in their favor, the more I came around. Looking back now, I have no idea how I would’ve made it without our doula.

The dominant American cultural approach to pregnancy, labor, and post-partum care is off-kilter in plenty of ways. We’re the only industrialized nation without mandated maternity leave; and paternity leave is seen as a joke, something for lazy-ass sissies. Also, we don’t take doulas as seriously as we should. If you, as a birth partner, have heard of doulas at all, you may think they’re granola-crunching life-coaches. I’ve noticed some OBs seem to have a chip on their shoulder when it comes to doulas, as if not being able to perform a C-section means you have an unimportant place in the birthing process.

But doulas are awesome. They are highly trained, they are highly experienced, and, perhaps most importantly, they have your back.

Do you know the quickest way to remove a hospital gown from a woman in the middle of an intense contraction? Can you coach her through the hardcore transition phase and hours of exhausting pushing? Do you have any clue what occiput posterior position is and how problematic it can be for the mother? When blood comes — and there will be blood — will you have any idea how much is normal scary and how much is legit terrifying?

No. Because you’re not a fucking doula.

So much about the birthing process was out of our control, but hiring a doula was the best thing we did in preparation for the birth. I read a half-dozen books about pregnancy, labor, and delivery while my wife was cooking our Little Biscuit, and this information was a huge help. (“The Birth Partner” by Penny Simkin is a must read for all partners of pregnant women.) But even though my head was full of information, I had no practical experience. When push came to push, I had no clue what to do.

As I pondered the approach of a doula, I developed a metaphor that has stuck with me. I’m a die-hard surfer, and I chase waves in all sorts of places. I love to put myself in intense and sketchy situations where the risk can be quite high, but the payoff can be ethereal.

As a birth partner, I thought of the birth process as a heavy wave breaking at a remote and unforgiving spot. I was the stoked, wide-eyed traveler, full of enthusiasm but ignorant of the complexities and pitfalls inherent in this particular experience. When you find yourself paddling out into a sketchy situation, the best thing you can do is have an experienced local by your side. Your ignorant ass doesn’t know where the submerged rocks are hiding, where the reef is the sharpest and shallowest, where the biggest sets break and catch you unaware, which nooks are frequented by those large predatory fish.

Having a veteran local around may seem like a luxury, and, sure, plenty of people can do just fine on their own, both in surfing and birth. But when the unexpected happens, that experienced person by your side becomes crucial.

My wife was a week overdue when we arrived at the hospital early on a Thursday morning. We spent five hours attempting to get labor going on our own, until the nurse kicked on the Pitocin drip, which took about 5 hours to get things started.

I was spread out on a recliner chair beside my wife, watching a Brazilian surf competition, when, all of the sudden, shit got real. I got up to give my wife a kiss and make sure she was alright, then I called the doula. She picked up right away, and I told her it was time. “Just what I’ve been waiting to hear,” she said. “I’ve got my bag ready to go.”

Amy arrived quickly with a birth ball, massage equipment, a big bag of gummy bears, and a ton of determination and compassion. As my wife progressed in labor, Amy comforted her, helped her power through contractions, advised her in different positions, walked her into the shower when the pain was too much to bear. As a birth partner, Amy helped me by breaking down what was happening and answering my many questions. During the chaos, Amy stayed by my wife’s side the entire time, allowing me a few minutes to pound a Red Bull, inhale a protein bar, and hit the bathroom.

The labor and delivery wing had been quiet all morning and, from what I could tell, all evening. But by the time my wife was in active labor, lazy Sunday traffic had turned into Monday morning mayhem. Babies were being born all over the place. “Code D!” (which meant a baby was coming) lasted from the intercom, so our midwife had to bail several times. While my wife was pushing, and I was trying to look like I had my shit together, the midwife left for 40 minutes to deliver a baby next door. The on-duty nurses (amazing, all of them) were stretched thin as well, and they were jumping around from room to room, doing anything and everything to help the various women in labor.

I don’t want to take anything away from the midwifery practice with which my wife and I worked; we had an excellent experience and I could write an equally effusive piece about midwifery practices. But when I initially told my wife I didn’t need a doula to help me, I had no idea I would be sans nurse and sans midwife while my wife was pushing out a baby. At one point, as Amy and I were each holding one of my wife’s legs during a contraction, I told her, “I never thought it would be just the two of us.” Amy just smiled as if to say, “Shit happens. Just labor on.”

Amy worked from about 8 pm to 6 am, but she seemed to love every minute of it. She was attentive, caring and all-around on top of shit the entire time. Amy isn’t an anomaly — the other doulas I have met are, without exception, caring, strong and deeply trustworthy.


After the birth, Amy helped coach my wife through the process of nursing our newborn baby girl, showing her how to coax the baby into a solid latch and keep her there while she nursed. As I was holding my angelic new daughter, sipping a coffee Amy had brought me, I turned to her and fumbled with words in an attempt to thank her for help, her presence, for the richness she added to the experience. The exhausted “Thank you” sounded almost crass after all we’d been through. But she just smiled and said, “It was an honor.”

I could’ve said the same thing about having her with me.

Welcome to the Bundle

Promote Your Page Too 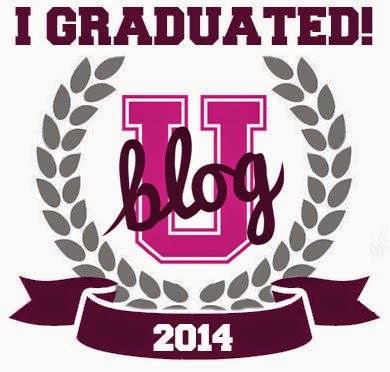